Religious Tensions a Century ago in Basingstoke

The influence of faith and religious movements on social and political events is a fertile subject for archival research. Education is one area where the role of what are now called ‘faith schools’ has played an important part in the way children are taught. It continues to be a hotly debated subject today.

Dr Roger Ottewill has made an important contribution to the subject by researching the impact of the Education Act 1902 on local politics in Basingstoke in the early 20th century.  In ‘An Act of Inequity’, a new publication in the Basingstoke Histories Series, he questions whether the established church and Non-conformists and their political proxies cooperated or otherwise in the implementation of this Act.

The 1902 Act took the power of running schools away from local communities and vested it in county councils, where the education department assumed control until very recently. In practice, in some parts of Britain, this led to fiery conflicts of ‘church versus chapel’, as some communities had large Non-conformist congregations, whilst county councils were largely run by churchmen –adherents to the established church.

Until 1884, when a School Board was established in Basingstoke, education in the town was in the hands of two camps, the Church of England National Schools and the Non-conformist British Schools. The democratically elected Board had the power to levy a rate and counter the ‘poor standards and dilapidated buildings’ that had been reported in the National Schools. Its seven members were drawn from both sides of the religious divide, though Ottewill has found that a balance was generally achieved by appointing a chairman and vice-chairman from each camp.

Although elections were hotly contested, they were not generally fought on sectarian grounds, as emphasised in 1884 by ‘a leading Congregationalist’. As reported in the Hants and Berks Gazette:

They wanted the children taught in an unsectarian way (applause). They did not want any ‘ology’ or ‘ism’ taught (cheers). The responsibility for teaching the children in the Christian faith lay with the parents and the churches (cheers).

Although modern Basingstoke is unashamedly a centre of business, already in the early 20th century it was a place where commerce was important. It spawned the trademarks Burberry and Milwards and made motor vehicles. Hence, even allowing for the ardour of Non- conformists, it is not surprising to find more of them worshipping on a Sunday than Anglicans (56% vs 38% in one survey).

The Non-conformists were decidedly unhappy with the 1902 Act and matters came to a head in a county council election in 1904 in which Charles Simmons, the ‘sitting county councillor since 1892’, was challenged by Congregationalist Thomas Bishop Allnutt, a local hay and corn merchant, who stood as a Free Church candidate. A surprising opponent of the Act was the 6th Earl of Portsmouth – whose ancestral home was at Farleigh Wallop, near Basingstoke, though at the time he was seated at Hurstbourne Park – who called it ‘an act of iniquity’.

It was an uphill struggle for Allnutt, as only 5 of the 59 county councillors were Non-conformists, and in the event he lost. But he held to his views, insisting that the result was ‘a testimony of the popularity of Mr Simmons (rather) than of the popularity of the Education Act’.

Drawing from a range of sources, Ottewill concludes that ‘the discord generated by the Education Act 1902 in Basingstoke, and Hampshire more generally, was not as intense as that experienced in some other parts of the country, especially Wales.’ This, he suggests, can be attributed to the leadership of two men who ‘both sought to alleviate Nonconformist grievances’. These were the Chairman of the County Council, the 1st Earl of Northbrook – who had formerly served as Viceroy of India and much else – and the son of a Scottish grain merchant, the Right Rev. Randall Davidson –who in 1903 had been translated from Winchester to the Archbishopric of Canterbury 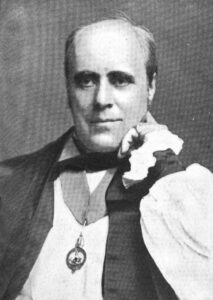 As well as the story itself, this paper illustrates how insights into local issues can be teased out of the many column inches of press coverage of elections. ‘An Act of Iniquity’: Basingstoke and the Education Act 1902, price £5, is available from the Basingstoke Archaeological and Historical Society: publications@bahsoc.org.uk;  tel: 07770832397, or from the Willis Museum, Market Square, Basingstoke.

Also of interest in the list of BAHS publications is another story involving religious tensions, The Basingstoke Riots: Masagainians versus The Salvation

tory of a battle between advocates of Temperan

ce and those who enjoyed a drink 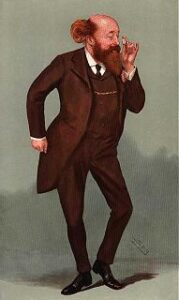 Did you find this interesting? Please click on the buttons below to share it with your networks

You can unsubscribe at any time by clicking on the unsubscribe link in the footer of any newsletter you receive from us. We use Mailchimp as our newsletter platform and this information will be transferred to Mailchimp for processing. Learn more about Mailchimp’s privacy practices here.

Manage Cookie Consent
To provide the best experiences, we use technologies like cookies to store and/or access device information. Consenting to these technologies will allow us to process data such as browsing behavior or unique IDs on this site. Not consenting or withdrawing consent, may adversely affect certain features and functions.
Manage options Manage services Manage vendors Read more about these purposes
View preferences
{title} {title} {title}